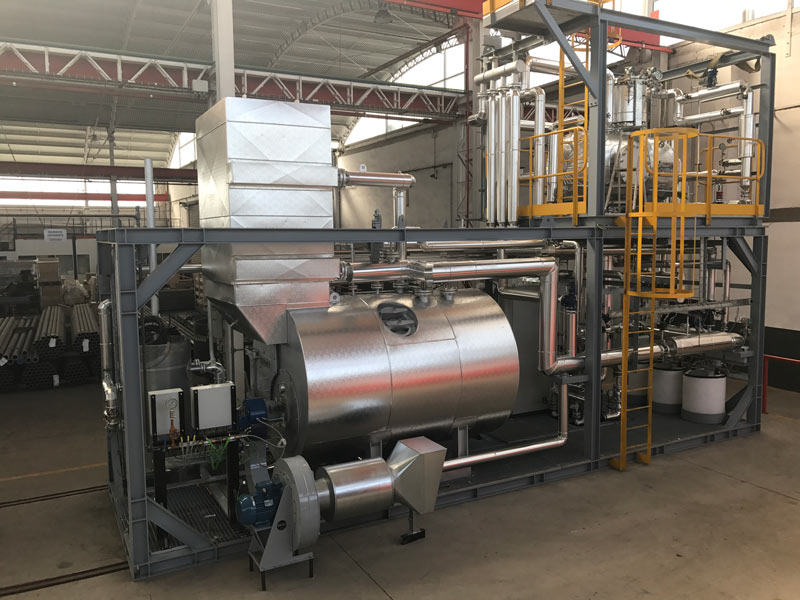 CERNEY has just completed production of these units for a thermal power plant in Kuwait.

The equipment, designed specifically by CERNEY for this plant, is notable for its high degree of pre-assembly, which will make it easier to install at its final destination in the Middle East.

Supply has been designed and manufactured according to ASME code (American Society of Mechanical Engineers). CERNEY holds ASME “S” and “U” stamps.

Once again, the most interesting feature of this project is the pre-assembly of the complete modules at our premises, in order to reduce installation time and cost at the destination.

The pre-assembled modules are shipped with their structures, creating wooden boxes for sea and land packaging. The boxes are taken down quickly at the installation point, and the modules are easily re-coupled by following the instructions sent without the need for any special tools, thanks to their pre-assembly at our workshops.